Looking for something to do in Bradford? Whether you're a local, new in town or just cruising through we've got loads of great tips and events to offer. Featuring the best of things to do in Bradford – Live Music and Gigs, Family Events, Art & Culture, Food & Drink and much more. Bradford fundraisers and charity events. 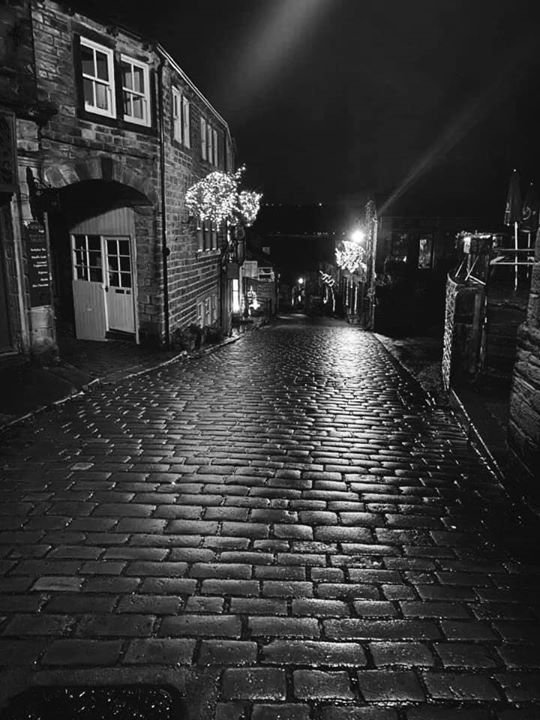 The Black Bull is known to be one of most haunted inns in the UK.

The story goes that Emily, his younger sister found some of his manuscripts and with a few minor alterations, found a massive amount of fame as the author of “Wuthering heights”. Branwell completely disassociated himself from his sisters, and even painted himself out of a picture of him and his sisters he painted himself.

Unfortunately he later became an alcoholic and addicted to various narcotics and died of tuberculosis in 1848. Branwell’s chair, along with many other original features, paintings & ornaments in the bar area.

The Black Bull is know to have a poltergeist that inhabits the bar area and has been known to move & smash glasses as well as ring a bell that’s hanging above the fireplace. Two figures are often seen in the bar room – one wearing plain clothes and the other in a top hat.In fact, one afternoon the bar staff and a family witnessed their little girl offering sweets to an unseen guest… Exactly where the two men are seen!

Much of the activity is also centred around Branwell’s chair. He’s been described as a nasty character, dark and pushy.

Perhaps he’s still bitter about the fabled treachery by his sisters..?

The Kings Arms Haworth Built on three storeys of local millstone grit, it is a typical, dark Yorkshire building from the early 18th century.

At one time, there was a slaughterhouse at the rear of the inn, the cellars were used by undertakers when the town mortuary was full. Previous proprietors held ‘arvils’ or funeral feasts here.

The centrepiece of the food was a coffin shaped currant cake, decorated with black paper flags.

Over the years, there have been consistent reports of at least three different men dressed in black Victorian style suits haunting the Kings Arms.

There have been many accounts of poltergeist activity and strange sounds from the cellars.

The Grave-Yard Haworth’s graveyard was located next to the spring from which the town got the majority of its water.

The graveyard is an incredibly crowded–one sometimes buried ten deep.

The water flowed through the graveyard, causing it to be contaminated. 41 percent of the population died before age 6 as a result of the contaminated water.

Those who drank beer at the Black Bull were also exposed; the bar used that water to brew their beer.

The sheer number of deaths in a small town adds to the theory that the place could be haunted.

This event will be a ghost walk which lasts around 1 hour and will have some walking involved. we will be using different ghost hunting techniques on the actual event.

Whilst on your ghost walk or ghost hunt we will take the required action to ensure that the guidelines as set out by the government will be met regarding social distancing. When attending our events the health safety and well-being of all of our guests is paramount.

If you have an event, that you would like to be featured on our Event Calendar, please visit Free Event Listing.