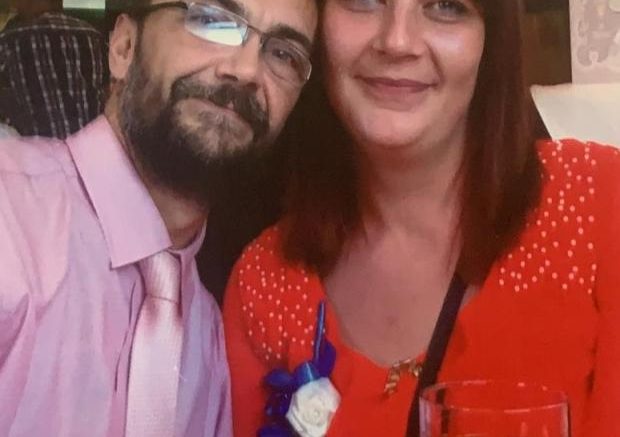 The family of a Bradford man who died in a tragic roof incident have paid tribute to their “bundle of fun” who was always the “life and soul of the party”.

Among those was his partner, 28, who continues to be treated for none life-threatening injuries in the hospital.

In a call with the Telegraph & Argus, sister Shelley Stones and her mother, Penny Holden, sit down on a bed in a quiet room as they recall the many memories they shared together.

Book of Condolence for Bradford’s Mark Spence after roof tragedy

“He was a bundle of fun,” Shelley said, before Penny chuckled to herself and said “Mischievous!”.

Mark, who grew up in Horton Bank Top, was a long-time Bradford City fan and music lover, known for crazy nights out in town and his passion for dance, rave and retro house music.

His sister recalls some of his favourites were DJs Tom Zanetti, Paul Taylor, Rob Tissero and Utah Saints.

Back in the 90s, he was a regular raver at Angels, a popular nightclub and music venue in Burnley and ventured to Glastonbury in his campervan.

His sister recalls nights where he’d pull wheelies on the dance floor at Lloyds in a wheelchair belonging to his best mate, Terrence.

On another crazy night out, the pals began “racing in his wheel chair” after meeting Terrence at Bradford Interchange.

“It showed up on the CCTV and the security guard was laughing,” Shelley said.

“We’ve had so many laughs.”

Mark, a former pupil at Hollingwood Primary School and Queensbury Upper School, was in telesales for a number of years before taking up a new role at Tesco’s during the pandemic.

Shelley said: “I just don’t even know what to say.

“We did everything together. He taught me to write, tie my shoe laces.

“He was really into music. Me and him went to many a festival together. When I was 18, he took me.

“He taught me everything I bloody know.

“He was a bundle of fun.

“He was always the last to leave the party and I can’t get over the fact it’s taken something like this. He was just the life and soul – everything, everybody really (has said after his death), it’s so touching and it shows what in impact my  brother had on people.

“He lived a very full life.

“He took anyone under his wing, always a listening ear.”

When asked about Mark’s lasting legacy, Shelley said: “Just amazing memories of us being together and going to our little festivals.”

Mark did not have any children but leaves behind his two nephews, David and Calum, and two beloved dogs, Karma and Pebbles.

The family has launched a fundraiser which will go towards house repairs. You can donate by clicking here.

New coronavirus laws for Bradford come into force at midnight

Boy, 7, dies after being hit by car in Manchester Road