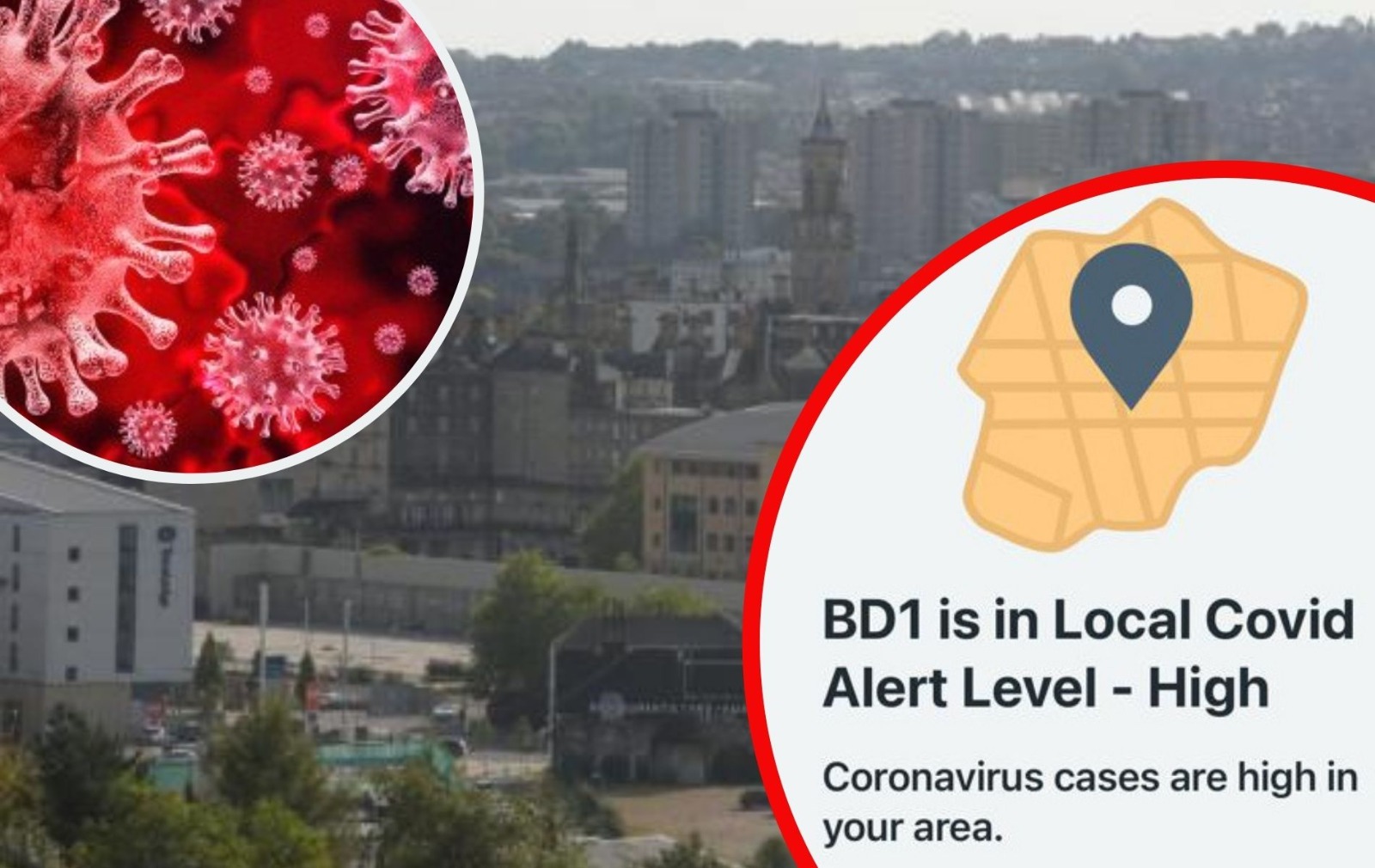 BRADFORD Council leader Susan Hinchcliffe has said the Government is “unflinching in their resolve” to put Bradford and West Yorkshire into Tier 3.

Talks have been ongoing this week and in a statement issued this afternoon, Cllr Hinchcliffe said she had asked the Government the following questions:

She said: “I am extremely concerned about the rising infection figures. Our hospitals are getting full and the number of vulnerable people contracting the virus is very high. We know that deaths will follow.

“As a Council we have got people working night and day to keep people safe and to keep getting the message out to stay apart, wash your hands and cover your face. We will continue to do everything in our power to preserve life. But we are also very concerned about rising mental health issues in our population, where people are finding prolonged isolation a hard burden to bear.

“We are acutely aware and thankful to the vast majority of residents and businesses who are continuing to keep to the rules after many months of being in local restrictions. You have helped to stop the rate rising even further than it might have done.

“Our local residents and our local businesses need certainty about whether we are going into Tier 3 or not. Whilst Government only called us in for a meeting about Tier 3 at the beginning of this week, I know that continued national media stories have led residents and businesses to speculate for some time about whether West Yorkshire would be next after seeing neighbouring regions go into Tier 3.

“Crucially, it is still not clear what support the Government will make available to businesses by way of compensation across the region if we go into Tier 3. Government has told us that it is a “template package” which has been given to other regions with no room for negotiation – the financial amount is fixed. Ministers have promised to clarify the support package for businesses in a further planned meeting.

“I am worried about people’s jobs, having a large number of low paid workers who can ill afford a cut in wages. In West Yorkshire the claimant count has doubled since COVID and the end of this month will see a further anticipated rise in unemployment as furlough comes to an end.

“Lives and livelihoods are important. We will continue to do our best for both in these very difficult times.”

Meanwhile, she has hit back at the Bradford Conservative group on the Council after they raised concerns over Tier 3 restrictions.

Councillor Rebecca Poulsen, Leader of the Conservative group, said a move to Tier 3 should be a “last resort”.

She said: “Over recent days we seem to be hearing that West Yorkshire council leaders are pushing for Tier 3 measures, but what would these actually be, as council leaders have the flexibility to add on extra restrictions to the basic Tier 3.

“If Tier 2 measures are not being followed by all, will the tougher Tier 3 be followed? We need to be getting out the basic message locally and providing local support.”

While Queensbury councillor Robert Hargreaves added: “It is increasingly clear that the local Labour leadership is rubbing its hands at the prospect of extra funding without even a second thought of the cost to the people they are supposed to represent. Unless we are very careful, we will end up with mental health, physical health and economic crises far worse than that of Covid-19.”

Cllr Hinchcliffe said: “Let’s be clear this is their Conservative Government initiative, they are very clearly pushing for the district and West Yorkshire to be in Tier 3.

“And the reason that rates are rising nationally is as a result of their Government’s failed strategy to contain the virus, not ours and not the people of Bradford’s.

“The vast majority of people in Bradford keep to the restrictions and I thank them for doing so, people might not think it, but it has made a difference to our infection rates which would otherwise have been a lot higher.

“But the truth of the matter is that their Government’s decision on national lockdown in March didn’t happen soon enough and the national track and trace has cost them £10 billion and is still not yet working properly.

“Self-isolation payments have only just been introduced by Government for the low paid in spite of us asking for them for months.  This Government demonstrates time and time again that it doesn’t care about the low paid.  And as we’ve seen in the last week it doesn’t even consider how struggling parents are going to feed their children in the school holidays, when they have lost their income.

“Nevertheless we must keep going.  We can all rail against the Government, nationally or locally but there’s no getting away from the fact that the infection rates are now at dangerously high levels and we must focus on saving lives.

“I urge everyone to follow the health messages, to stay apart, wash your hands, wear a face covering.  Stay at home whenever you can. Above all keep safe and we will get through this.”

Meanwhile, Adrian Naylor, Independent councillor for Craven, who is also a pharmacist, said: “The point is that we have been in enhanced measures since July 31.

“We’re now in a situation where there is no likelihood of the virus reducing without additional measures being put into place.”

He added: “The longer we do nothing, the higher the rate of infection and the spread of infection within Bradford. Doing nothing is not an option.”

Jet2 suspend flights to mainland Spain and The Algarve

Live blog coverage as Prime Minister Boris Johnson to address the House of Commons on the Government’s ‘Winter Covid Plan’. It is set to include details of how England’s three-tier system will look from December 3, when the nation’s second lockdown has finished. Bradford Telegraph and Argus | News …

POLICE have cordoned off a main road and forensics are investigating after a bad crash this morning. Bradford Telegraph and Argus | News …

‘I JUST snapped, something inside me broke and I’ve never got that back.’ Bradford Telegraph and Argus | News …

A MAJOR tyre fire which has raged through the week will have “multiple, far-reaching” effects on the city, Bradford Council has said. Bradford Telegraph and Argus | News …

BRADFORD MP Imran Hussain has criticised Public Health England and the Environment Agency for failing to do enough to protect public health in regards to the air quality due to the large tyre fire still ongoing at Spring Mill Street in Bradford. Bradford Telegraph and Argus | News …