A DRUG dealer who told the police he had “a good run” trafficking heroin and crack cocaine has been jailed for five years and four months.

Asam Rasool ran the K Line that operated in the Manningham area of Bradford peddling wraps of drugs to waiting addicts.

Rasool, 27, of Buxton Street, Manningham, was caught on camera dealing on four further occasions after he was first arrested and bailed, Bradford Crown Court heard today.

Prosecutor Gerald Hendron said Rasool was snared by the Operation Errantdance crack down on street drug dealers that ran for several months in the early part of 2019.

It was alleged that Rasool was in control of the K Line and was captured on CCTV at a shop in Bradford city centre topping up the credit on that phone.

The court heard that he was stopped by the police on Bowland Street on February 14 last year with 52 wraps of heroin and crack cocaine in the VW Golf he was driving.

He was arrested and accepted that they were his drugs he was delivering.

Mr Hendron said that while on bail, Rasool dealt Class A drugs to law enforcement officer Libby who was working undercover in the Manningham area.

The following day, she again rang the K Line and he met her in Lister Park to sell her a further wrap of heroin for £10.

The final time, Rasool was caught dealing was on May 16 last year when Libby asked for “one of each” and he sold single wraps of heroin and crack cocaine to her for £15.

Rasool and others in the network were arrested in December last year, Mr Hendron said.

He told the police he had had “a good run supplying drugs” but he was only a runner and not directing others.

Rasool said he owed £17,000 after a road traffic accident and was paying off the debt.

He pleaded guilty to seven offences of trafficking drugs between February and May, 2019.

His barrister, Glenn Parsons, said he was not at the top of the supply chain but was being used and manipulated.

There was no evidence of any lavish lifestyle and he was not criminally sophisticated enough to run a drugs line on his own.

“He told the police he had had “a good run selling drugs.” That’s not the voice of a criminal trying to cover his tracks,” Mr Parsons said.

“He has brought shame and disgrace on both himself and his hard-working parents,” Mr Parsons went on.

They and the rest of the highly respectable family had been left “shocked and devastated” by his offending.

Judge Jonathan Rose said Rasool had “wanted to hang out with the older lads.”

But they were a group of determined criminals and this was no boyish prank.

“This was you who decided you were getting involved because the rewards are huge,” he said.

Judge Rose warned: “There will be punitive sentences for all dealers, whatever their rank.”

He set a timetable for a confiscation hearing under The Proceeds of Crime Act. 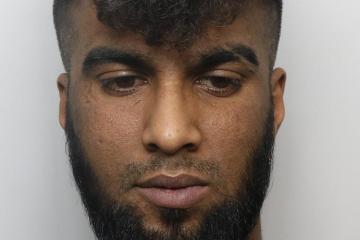