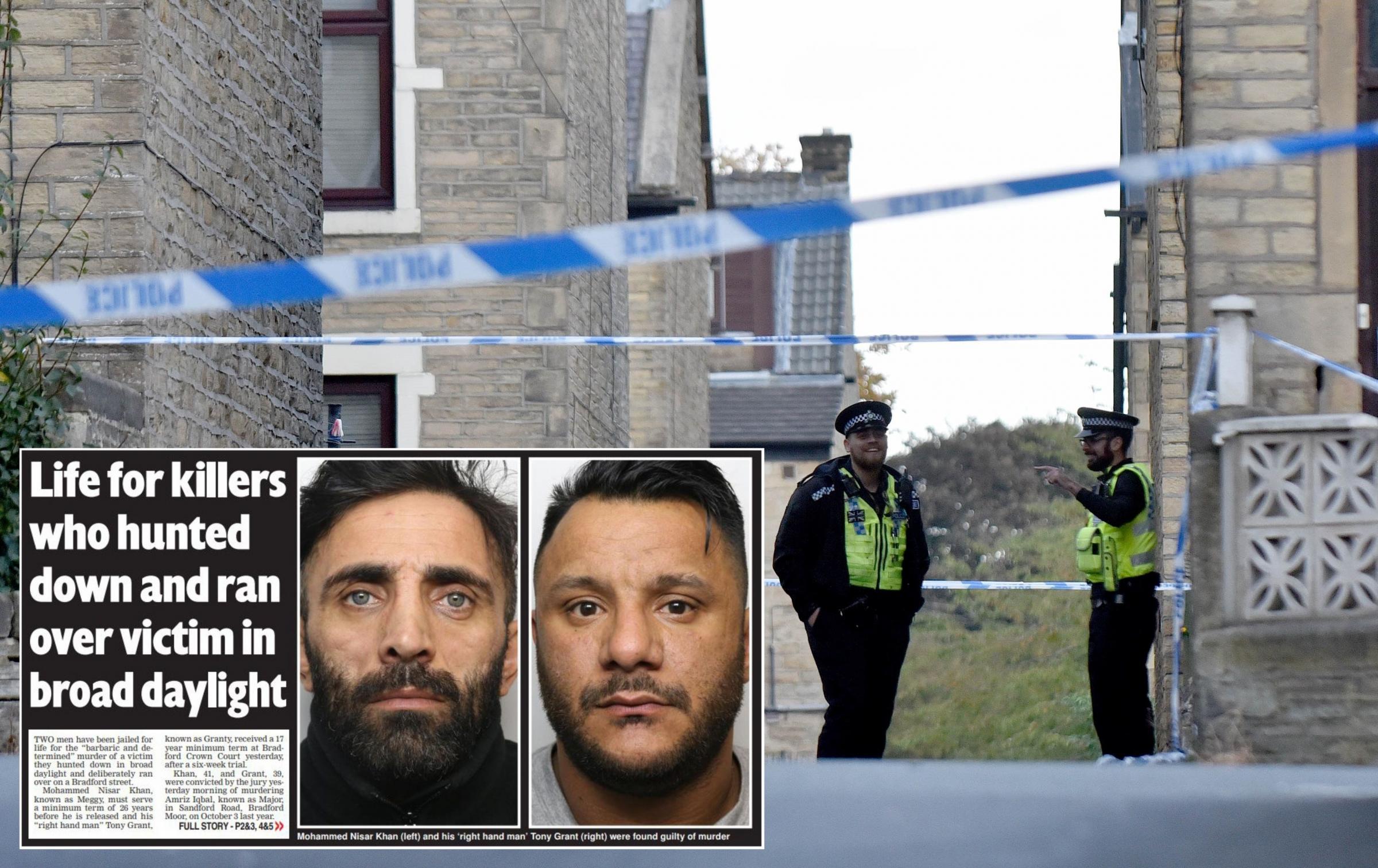 Bradford man Mohammed Nisar Khan has been given Leave to Appeal his conviction for murder.

In October last year, the T&A reported that his co-accused Tony Grant, known as Granty, had been given Leave to Appeal his conviction and sentence. He was jailed for a mini-mum of 17 years for Mr Iqbal’s murder.

Today, the offices of the Court of Appeal Criminal Division in London said that Khan’s appeal against conviction had passed the initial single justice procedure.

But his appeal against sentence had been refused.

Khan, of Holme Lane, Tong, Bradford, was convicted by a jury at Bradford Crown Court of deliberately running over Mr Iqbal, the father of three sons, in Sandford Road, Bradford Moor.

He was also found guilty of attempting to murder Mr Iqbal’s friend, Adnan Ahmed, who was crossing the road with him when they were both struck.

Mr Iqbal and Mr Ahmed were thrown in the air by a silver Kia Sedona shortly after 1pm on October 3, 2018.

Mr Ahmed was treated in hospital for a dislocated shoulder.

In October, the Court of Appeal Criminal Division confirmed that Grant’s appeal against conviction and sentence had passed the initial single judge procedure.

The men’s appeals will now be heard at a full Court of Appeal hearing.

This is the opportunity for witnesses to give evidence and the arguments to be fully advanced.

The court will then grant or refuse the application.

A successful application to appeal against conviction can mean that the conviction is quashed completely or that a re-trial is ordered.

After the death of Mr Iqbal, hundreds of people posted messages on the Telegraph & Argus’ Facebook page.

One said: “R.I.P. Major fly high. What’s happening to this world? So sad and upsetting.”

Another added: “So sad and now three children are left without a father.”

One person said: “Rip major a top man my thought are with your family rip pal.”

A DEVELOPER has set their sights on converting one of Bradford’s long empty mill buildings into their first major housing scheme in the District. Bradford Telegraph and Argus | News …

PROPOSALS by US pizza chain Papa John’s to open a branch in Queensbury have become one of the most high profile schemes to fall foul of Bradford Council’s take away planning policies. Bradford Telegraph and Argus | News …

Live blog coverage as Prime Minister Boris Johnson to address the nation with a briefing from Downing Street as the coronavirus crisis deepens. He will be joined by chief medical officer for England professor Chris Whitty and chief scientific adviser Sir Patrick Vallance. Bradford Telegraph and Argus | News …

A MORRISONS security guard has been injured after a struggle with armed men. Bradford Telegraph and Argus | News …

Sandbags have been delivered to flooding hotspots in the Bradford district after persistent rain caused river levels to rise. Bradford Telegraph and Argus | News …