Detectives would like to speak to anyone who saw or has information about the incident at a Cash Converters store on Weaverthorpe Park in Bradford at about 3.56pm today (August 27).

It took place after three men entered the premises and threatened staff inside with a bladed weapon.

They then smashed cases and made off on a black off road bike with property.

One male member of staff was assaulted and suffered minor injuries during the incident.

The three suspects, who made off towards Holmewood, were all described as white and were wearing balaclavas.

Detective Inspector Claudine Binns of Bradford District CID, said: “We are conducting initial enquiries into this robbery, including determining what was taken by suspects, and are appealing for witnesses.

“This was clearly a very frightening incident for staff inside the premises, one of whom was assaulted.

“Thankfully he only suffered minor injuries but was understandably shaken by what took place.”

She added: “The offence took place during a time of day when people would have been around and I would like to speak with anyone who saw these men arrive at the store or escaping into the Holmewood area.”

Anyone who can assist our enquiries is asked to contact Bradford District CID on 101 referencing police log 1169 of August 27.

Information can also be given online at www.westyorkshire.police.uk/101livechat or anonymously to the independent Crimestoppers charity on 0800 555 111. 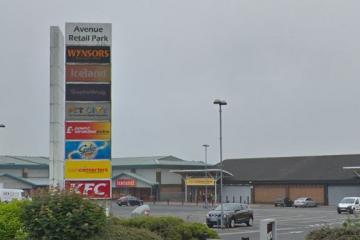